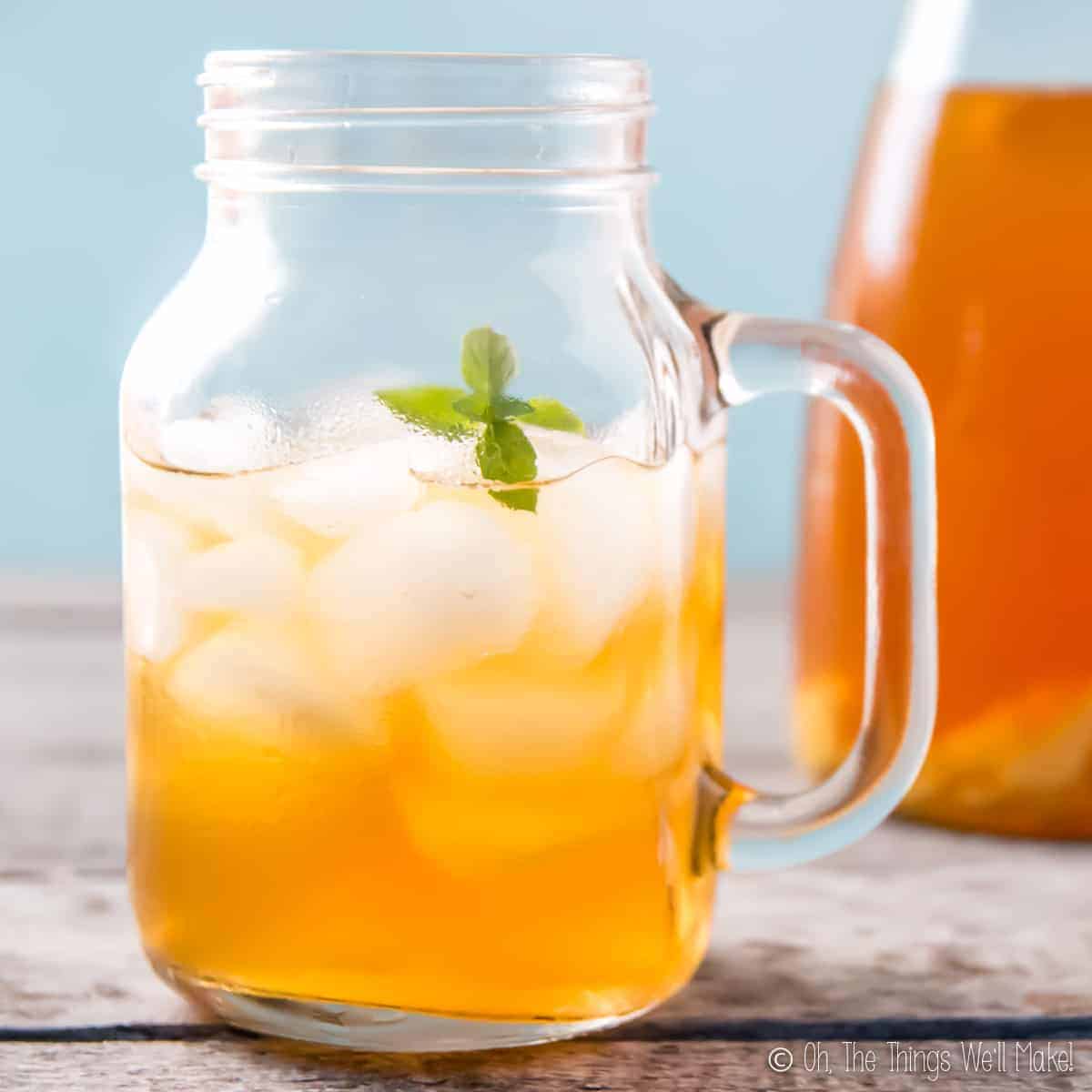 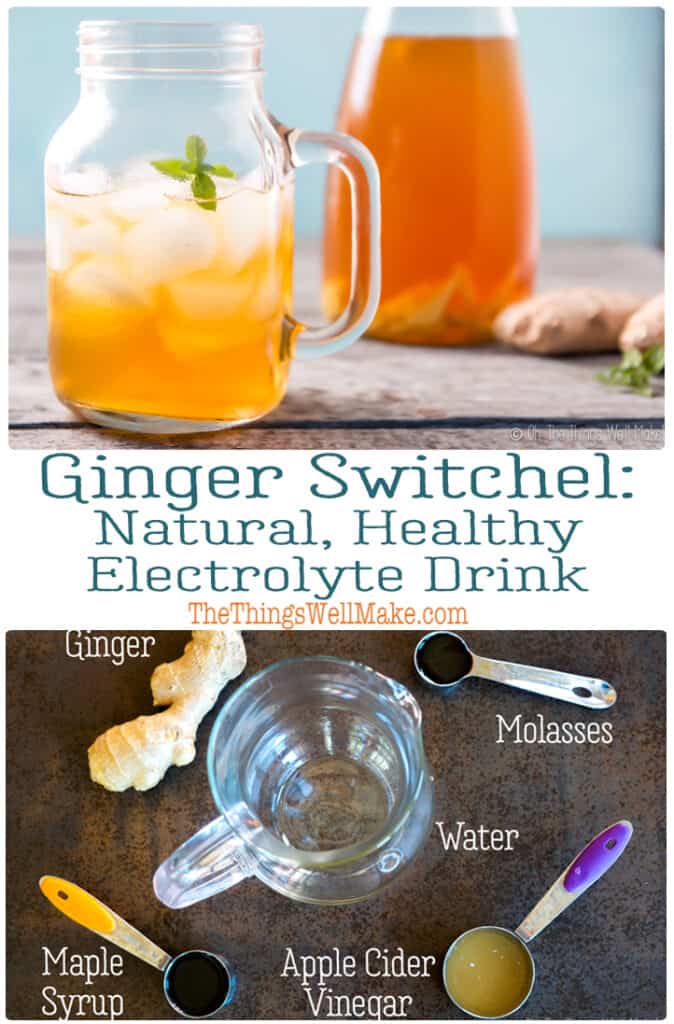 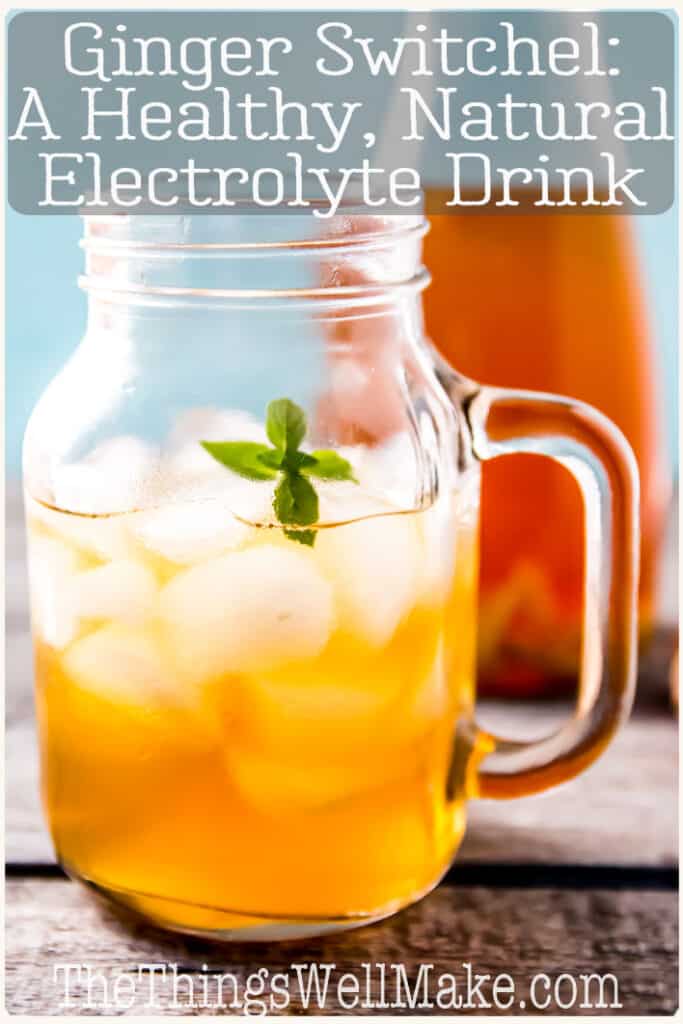 One of the most refreshing and natural electrolyte drinks, the ginger switchel, also known as Haymaker’s Punch, is regaining popularity partly because of its health benefits, and partly just because it is delicious and perfectly hydrating.

A few years ago, I discovered a refreshing drink that I wish I had discovered earlier, the ginger switchel. It was completely new to me. I came across it by accident one day when looking to make myself something to settle my stomach.

I had been drinking ginger tea, but it was so hot outside that I wanted something more refreshing. My plan was to make a simple, healthy ginger ale. First, though, I decided to look for other ideas online.

That’s how I first stumbled across the switchel.

What is the ginger switchel?

The switchel is an old fashioned American drink made with apple cider vinegar, and molasses, honey, or maple syrup. It also often includes ginger. It was originally made to rehydrate farmers and other people who worked outside in the sun all day. That’s why it’s also sometimes referred to as “Haymakers punch”.

With more people going back to a more traditional lifestyle, the switchel is beginning to make a comeback.

Think of the switchel as a traditional, healthier, natural electrolyte drink. People made this at home before all of the sugar-laden, artificially-colored sports drinks hit the stores.

The ginger switchel combines the healthy probiotics of apple cider vinegar with the antioxidants and minerals of the maple syrup and molasses. Those get combined with the nausea-settling and anti-inflammatory effects of ginger.

When I searched for more information about the switchel, I found some commercial switchels for sale online. They were quite expensive, though. At 6 dollars for a 2 cup bottle, not everybody can afford it.

Despite being hip and trendy, the switchel isn’t only for the elite. Anybody can make their own ginger switchel at home inexpensively. By making it yourself, you can choose the ingredients you want to use and adjust the recipe to suit your taste.

The ingredients of the switchel vary from recipe to recipe, but there are a few things that all of the recipes normally have in common.

Because homemade apple cider vinegar is quite mild, consider increasing the amount of vinegar used in the recipe, as needed.

Traditionally, the switchel is made with molasses, but it may also be sweetened with either honey or maple syrup. Of course, when making it yourself, you can sweeten it however you like.

Molasses is a great addition to this drink because it adds minerals and gives a distinct flavor, but too much of it can be very overpowering rather than light and refreshing. So, you can play with the ratio of molasses and maple syrup to find a combination that suits your taste.

I used less sweetener than most. If you don’t find my recipe sweet enough to suit your taste, feel free to add more maple syrup or molasses. Keep in mind, though, that too much sugar, even in natural forms like maple syrup, isn’t beneficial for your health.

Panela would probably also be a tasty choice for a sweetener in this drink if you don’t want to use maple syrup or honey.

Ginger is quite common in switchel recipes and adds a lovely flavor. Being prebiotic and anti-inflammatory, it combines wonderfully with apple cider vinegar, a probiotic. Both aid digestion.

Making the ginger switchel couldn’t be much easier!

Begin by peeling the ginger root. That can easily be accomplished using a spoon to scrape off the skin.

The ginger can either be grated, sliced, or cut it into tiny pieces. If mincing or grating it, you should end up with about 2 tablespoons of minced ginger. Grating helps release the flavors of the ginger more quickly, so it may be the best option if you will be serving the drink immediately. If slicing the ginger, it’s best to allow it to steep for several hours to give off more flavor.

Add the ginger, vinegar(s), and sweeteners to a 1-quart pitcher and press the ginger against the side of the pitcher with a wooden spoon to help muddle it and release the flavor. (If using grated ginger, you can skip the muddling.)

Fill the rest of the pitcher with water, adding around 4 cups. Place the pitcher in the refrigerator for several hours, or overnight, to help infuse the water with the ginger and to allow the flavors to meld together.

Adjust the flavor to suit your taste, if needed. For more acidity, add more vinegar. For a sweeter drink, add more maple syrup.

Serve the drink cold. If you have used minced ginger, you can optionally strain it out before serving it. 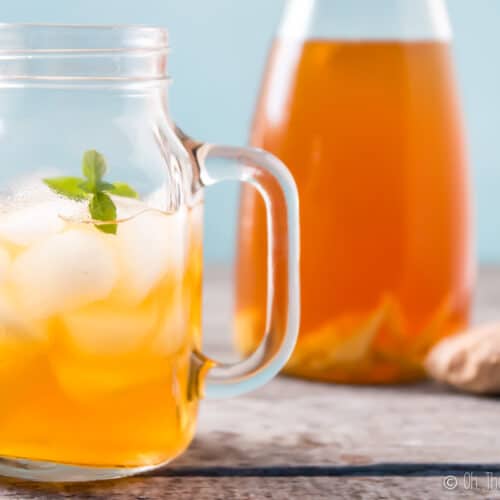 One of the most refreshing and natural electrolyte drinks, the ginger switchel, also known as Haymaker's Punch, is regaining popularity partly because of its health benefits, and partly just because it is delicious and perfectly hydrating.
4.6 from 5 votes
Print Rate
Prep Time: 10 minutes
Total Time: 10 minutes
Servings: 4 cups
Calories: 46kcal
Author: Tracy Ariza, DDS

This post was originally published on September 8, 2015. It was completely rewritten, adding new photos and video in May of 2020.