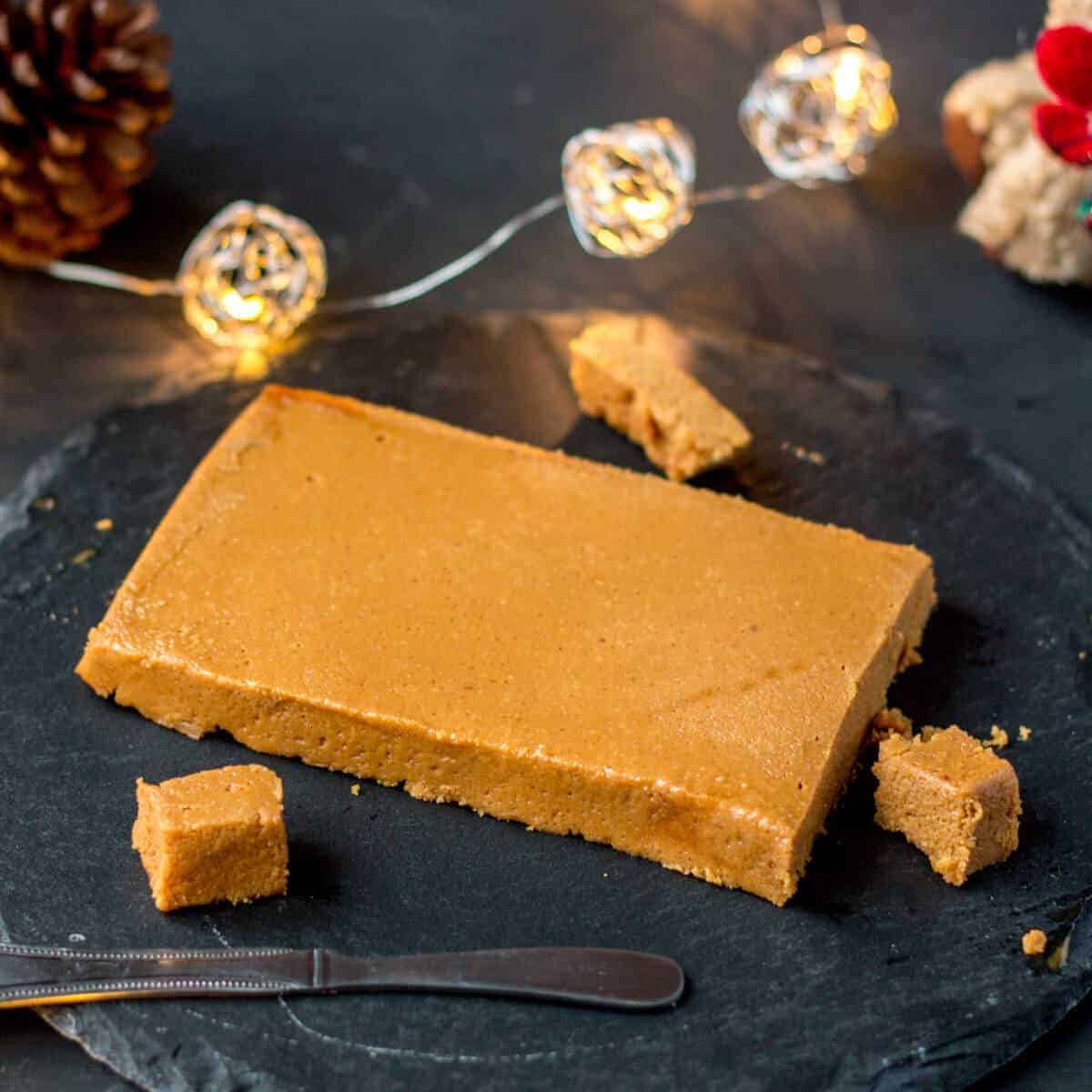 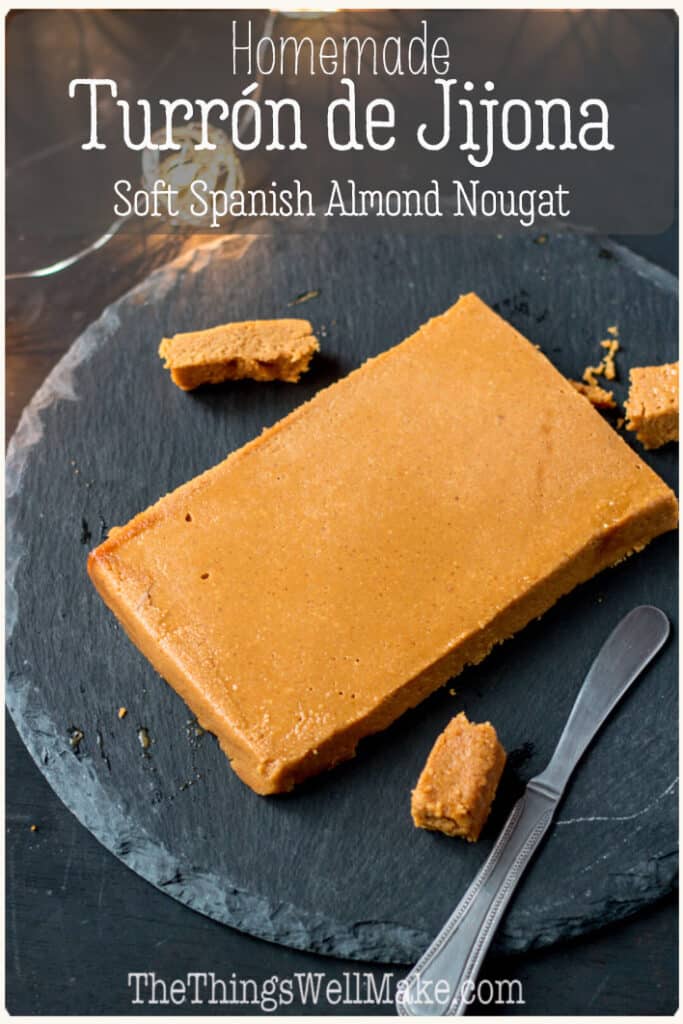 Homemade with toasted almonds and honey, this turrón de Jijona recipe will allow you to enjoy the sweet, smooth, popular Spanish Christmas treat anytime of the year, even if you aren’t in Spain.

Last time I shared with you how to make turrón de Alicante, a Spanish hard almond nougat that is very popular at Christmas time. Today, I’m going to share with you a recipe for the other most popular turrón recipe served at Christmas time, turrón de Jijona.

For some reason, I thought that turrón de Jijona would be much simpler to make than turrón de Alicante. It’s hard to describe the texture, but it’s a solid, thick almond paste that is cut into small, bite sized pieces and almost melts in your mouth.

Despite those comments, the same recipe showed up again and again, often accompanied by a stock picture of turrón, a picture of a gummy, sticky strange looking turrón, or in some cases no picture whatsoever. I ended up wasting a lot of almonds on recipes that just didn’t work at all, and almost broke a tooth on what was supposed to be a soft almond nougat.

One of the problems with most of those recipes that should have clued me into the fact that there was actually a problem was that they all came with the instructions to grind the toasted almonds, but not enough to let them release their oils! Anybody who has tried turrón de Jijona should be well aware that the almonds have been ground past that stage and that oil tends to separate from the fully set tablet of turrón.

It wasn’t until I came across a video on YouTube about how turrón was made, that I decided to look at the process of making turrón de Jijona in a new light.

The factory being featured made both turrón de Alicante (the hard almond nougat) and turrón de Jijón (The soft variety). What I found interesting was that they first made the turrón de Alicante, and then saved some of it to grind up with extra almonds and honey to make turrón de Jijona! They, of course, used big machines that finely pulverized the almonds, and continued to grind them down into a liquidy paste. In the process, the almonds released a lot of their oils. The mixture was pressed into molds and a lot of the oils were allowed to drain out over the next day.

As the oils were released, the turrón solidified into the soft nougat paste more commonly known as turrón de Jijona.

Out of curiosity and a bit of desperation, I decided to give grinding the almonds into a sort of fine almond butter with honey a try to see what would happen. It isn’t exactly the same process being used by the turrón factories, but I was hoping that I’d be able to make something similar. I was tempted to add some of my homemade turrón de Alicante into the mixture to make it come closer to what was actually done in the factory of the video I had watched, but I figured most people weren’t going to want to sacrifice one of their homemade turrónes in the interest of trying to make another one. Instead, I simplified, and ground the almonds up with only honey and powdered sugar.

After making my honey almond mixture, I wasn’t so sure that anything positive was going to come out of it. I ended up with sort of a soupy, sweet almond mixture that didn’t look like it was going to turn into anything solid anytime soon. I covered it with cardboard and weighed it down with a bottle of olive oil. Then, after a few days, I covered it with a cotton cloth and left it alone for several more days with my fingers crossed. I figured that even if it didn’t work out well, the mixture could be worked into other recipes like turrón flavored ice cream or something like that.

Much to my (pleasant) surprise, though, after a few days with the cloth covering, and some paper toweling placed on top of the cloth to soak up some of the oils, I ended up with a solid, yet soft tablet of sweet almond nougat that tastes just like the real deal, and with a similar texture!

So, after years of struggling with this recipe, I’m happy to finally be able to share with you a successful recipe that I think will please even picky turrón lovers. 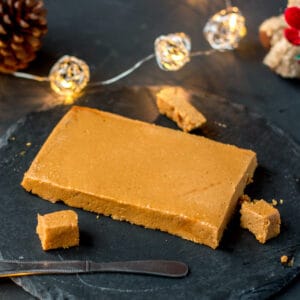