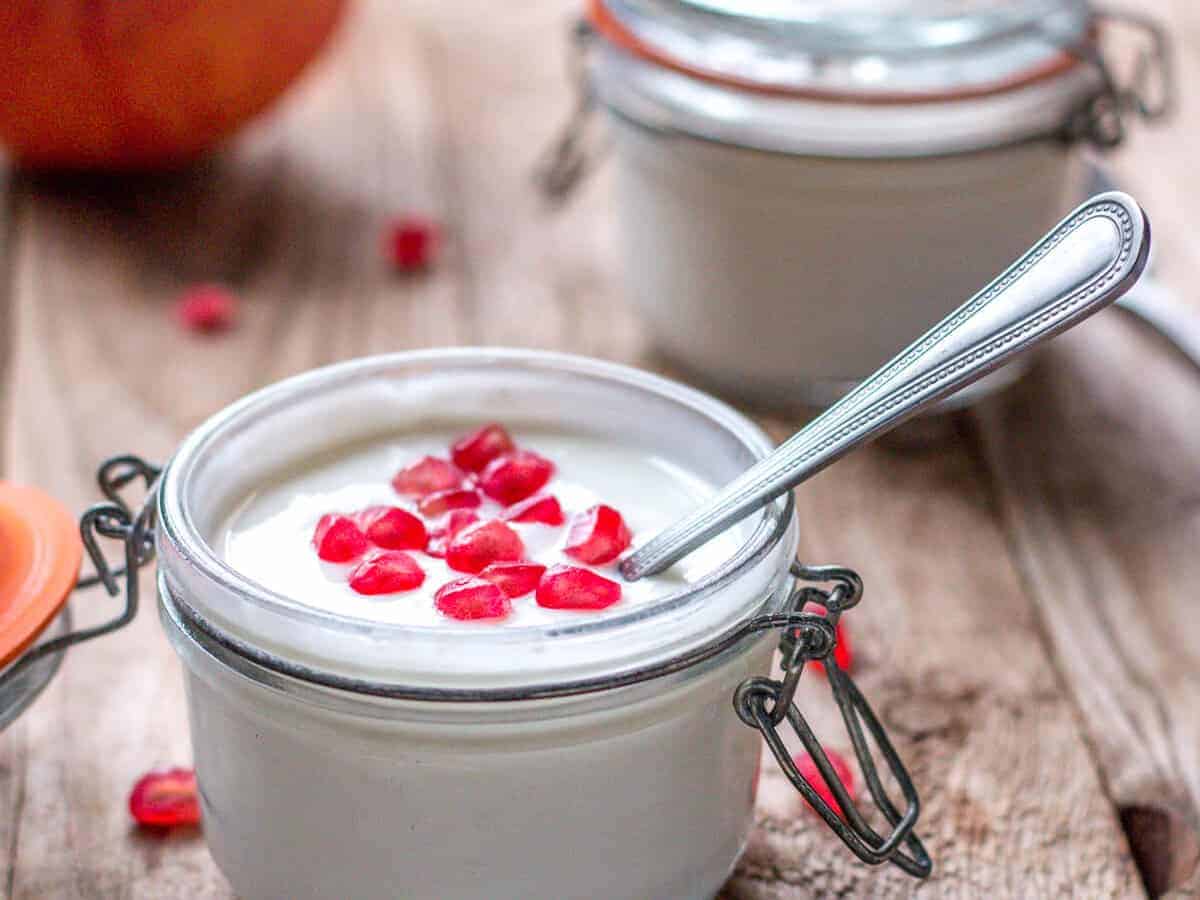 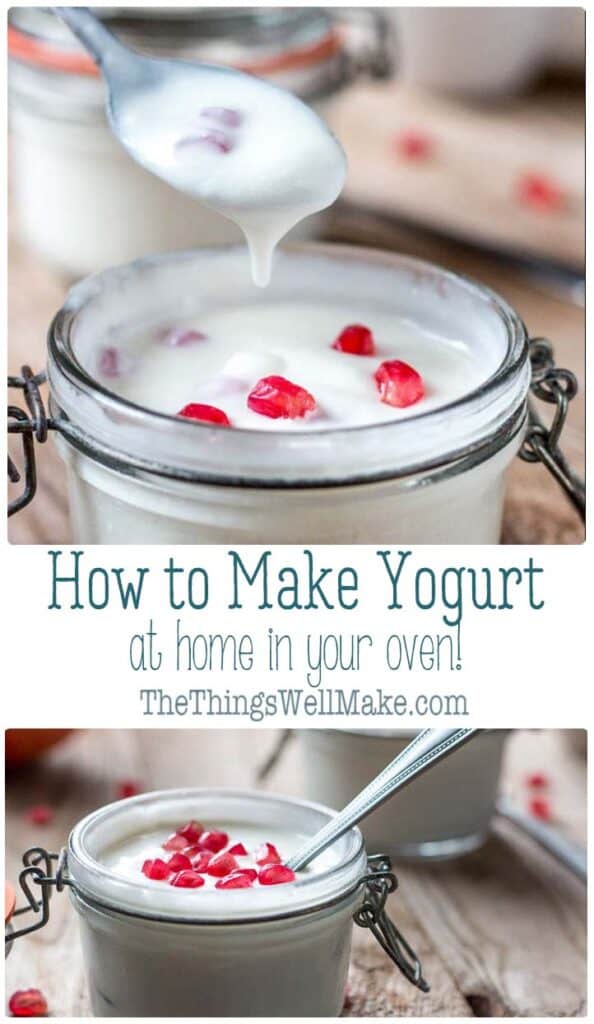 I’ve been making yogurt at home for quite some time now. When I first started it was because my husband had inherited an old yogurt maker from his family. They weren’t using it, so I decided to give making yogurt a try rather than let them get rid of it. At the time, I made yogurt mostly for fun and tried making up new flavors. Back then, I was more concerned about fat than I was about artificial flavors and sweeteners. In fact, to end up with a decent yogurt consistency using fat-free milk, I had to add in extra powdered milk.

Things have changed a lot since then. Now that I have changed my thought about processed foods, I only buy whole milk anyway, so my homemade yogurt automatically turns out the perfect consistency.

Making yogurt for a baby

I started making yogurt at home again when my son was around 6 months old. I wanted to start to introduce new foods to him, but the yogurts actually marketed as being “baby’s first yogurt” were surprisingly filled with a lot of sugar and other unnecessary ingredients. Finding a full-fat unsweetened yogurt in the supermarket was not an easy task. So, I decided that it would be best to just make my own.

My son has always been slightly obsessed with dairy products. He loves milk and cheese, and would go through whatever my homemade yogurt I had made pretty quickly. He loved it either plain or also mixed with bananas and/or avocados. The tiny amount that could be made in a yogurt maker just wasn’t going to cut it. 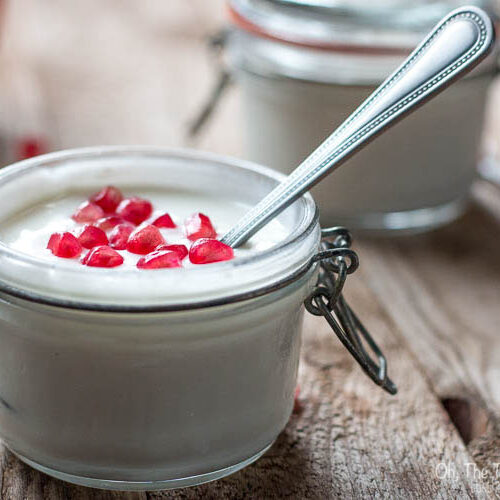 It really is that easy to make your own homemade yogurt without any extra additives or sugar.

Yogurt made at home with whole milk turns out pretty thick on its own, but if you want the yogurt to be even thicker, you can either strain it with a very tight weaved cloth or you can add in a little gelatin to the mixture while you are heating it in the double boiler. Once it cools it will thicken up even more.

If you are using a low-fat milk, another option for thickening the yogurt is to add in some powdered milk to the mixture before pouring it into the jars. You’ll have to experiment to find how much powdered milk you should add.

My son still loves eating natural, unsweetened yogurt, despite having been introduced to the flavored, sweetened varieties. I hate the sweetened varieties myself, not only because I know how bad they are for me, but also because I find them way too sweet! Homemade yogurt is superior in taste, texture, and quality, and I love it!

Now that you know how to make yogurt at home easily without a yogurt maker, I hope you give it a try and love it as much as I do!

Cars Party: Making Fondant Cars
Next Post: Want an Easy Way to Keep Predators Away from Your Chickens?