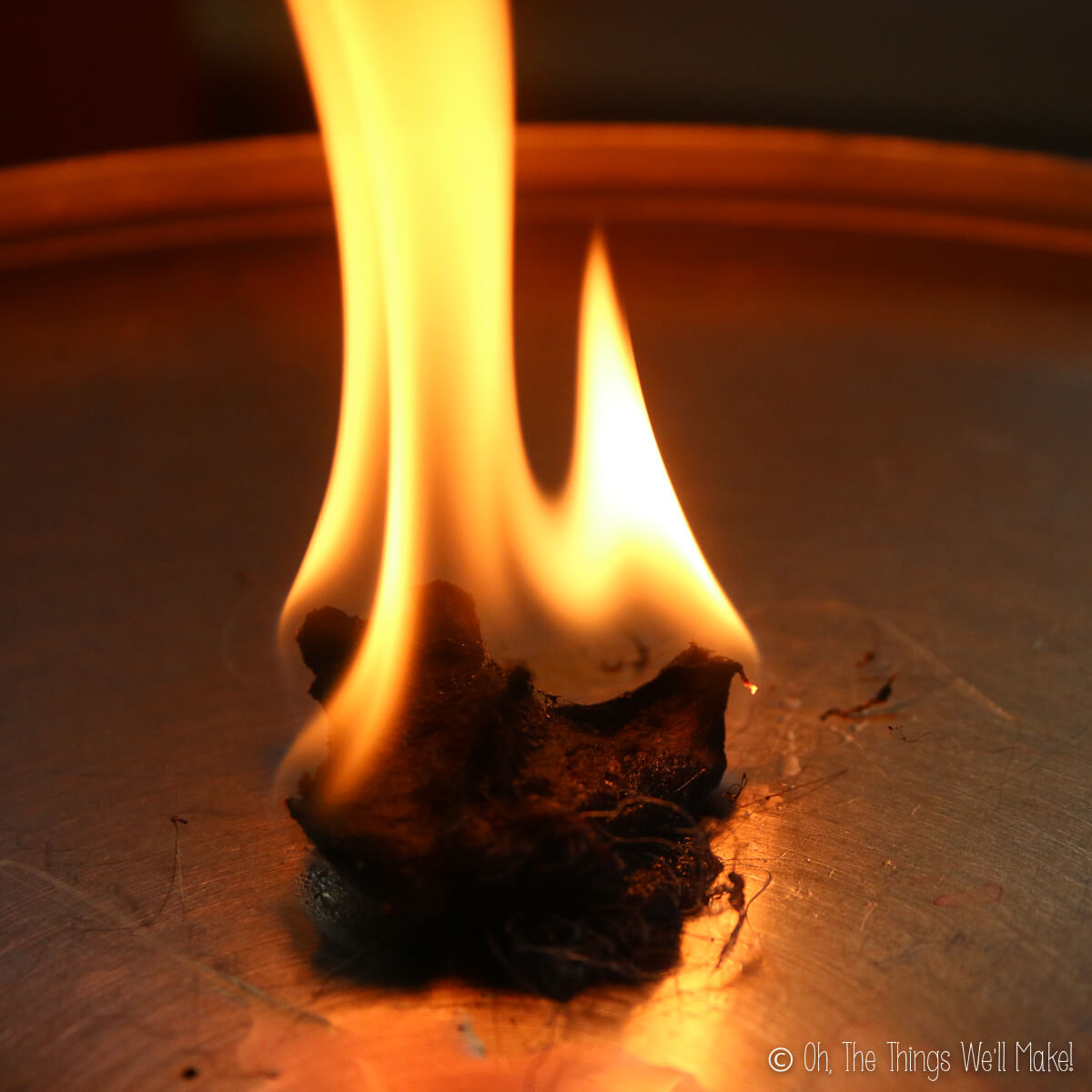 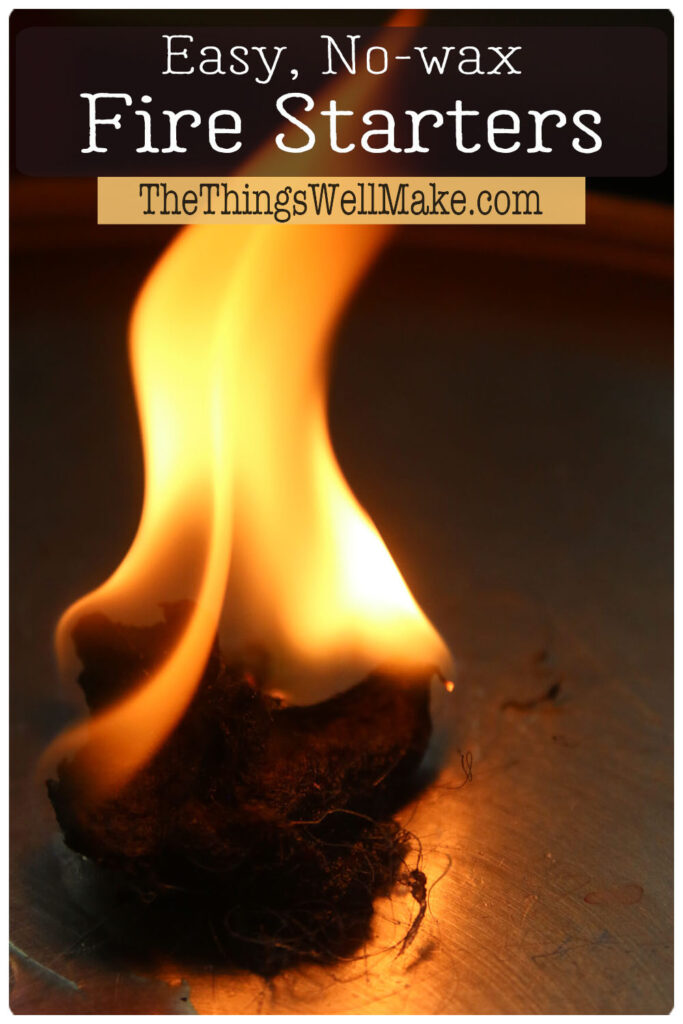 Electricity here in Spain is very expensive. (It’s not that the electricity itself is that much more expensive, or maybe it is, but half of our electric bill is made up of taxes.) Plus, I live in an area where it never snows and the houses just aren’t prepared for the cold. It’s not common for houses to have central heating or natural gas.

While we have small heater/air conditioning units, they aren’t enough to heat our house. So, we eventually installed an iron fireplace with a fan to help heat our living room.

Once a summer camp counselor, I got pretty good at starting camping fires. In fact, I got so good at it that one year I was called to one of the boys’ campsites to help their counselor start their campfire after he failed miserably, much to the dismay of his boys. 😉

The trick is to go slow and add small twigs first, leaving room for air, and then slowly building the fire up with kindling and progressively larger sticks and logs.

While I like the challenge of starting the fire without any help, when I’m cold and cranky I just want to get it started as quickly as possible. That’s where a good firestarter comes in handy!

At first, I tried making dryer lint firestarters with egg cartons after seeing tutorials online. Many people place dryer lint in each compartment of cardboard egg cartons. They then cover the lint with melted wax. Once the wax cools and sets, you can cut out each section to make individual firestarters.

The advantage of this technique is that you end up with mostly waterproof fire starters.

Unfortunately, they also have a lot of disadvantages. Not only are they messy and somewhat time-consuming to make, but they also take up a lot of space. (I tend to spill the wax and my hands got sore from trying to cut out all of the waxed egg carton compartments.)

Plus, paraffin wax can get expensive. While you can recycle candle wax from old candles, it’s still something extra needed.

As the final straw, once we got our own hens, I no longer had easy access to cardboard or paper egg cartons.

While it’s another option, I still wanted something simpler that didn’t take as much effort and didn’t take up so much space.

I experimented with lots of other household items.

Wax isn’t the only option for fuel either. Rather than melt wax in a pot over the stove, vaseline (petroleum jelly) is much easier and less messy to use. I’m not a huge fan of petroleum jelly, though, and, again, it’s another thing you’d need to buy to make your DIY fire starters.

Alcohol is another fuel option that works relatively well. Some people use cotton balls or wine corks soaked in alcohol. This is a popular lightweight option for those who go backpacking. (I show how gel fuel is made with alcohol in my post about how to make hand sanitizer.)

Then it occurred to me to try using oil. Oil is much cheaper than the other options and provides a decent burn time.

These simple homemade fire starters use simple materials: dryer lint and oil. The oil serves as the fuel and the lint as the wick. (You’ll also need a glass jar or another container for storing it.)

To collect dryer lint, clean it off the lint traps of your clothes dryer. (I store mine in a mason jar in a cupboard in my laundry room after each load of laundry until I collect enough.) Dryer lint is perfect for starting fires because it ignites easily, but it needs something to keep it burning: the oil.

For the oil, you can use any inexpensive cooking oil. If you deep fry foods, you can actually recycle the used cooking oil and use that! How’s that for a no-waste option?

The best way to fully saturate the lint with the oil is to press on the lint as you add each layer. Keep pressing until the lint is fully covered with oil.

Cover the jar with a lid and store it near the fireplace. If you store it in a cute jar on your mantle, it’s an attractive way to start fires without needing a lot of space.

To use your fire starter, pull off a small piece of oily dryer lint and ignite it. It should burn for long enough to help you start your fire! It’s really that simple. 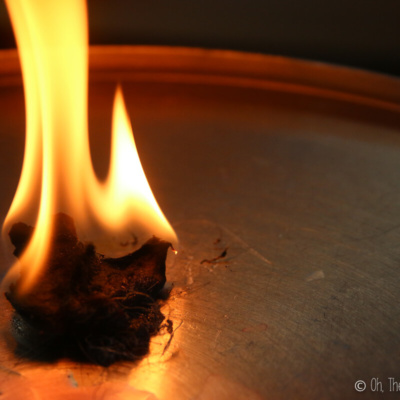 This post was originally posted on December 15, 2014. It was later republished, adding clearer and instructions and video.