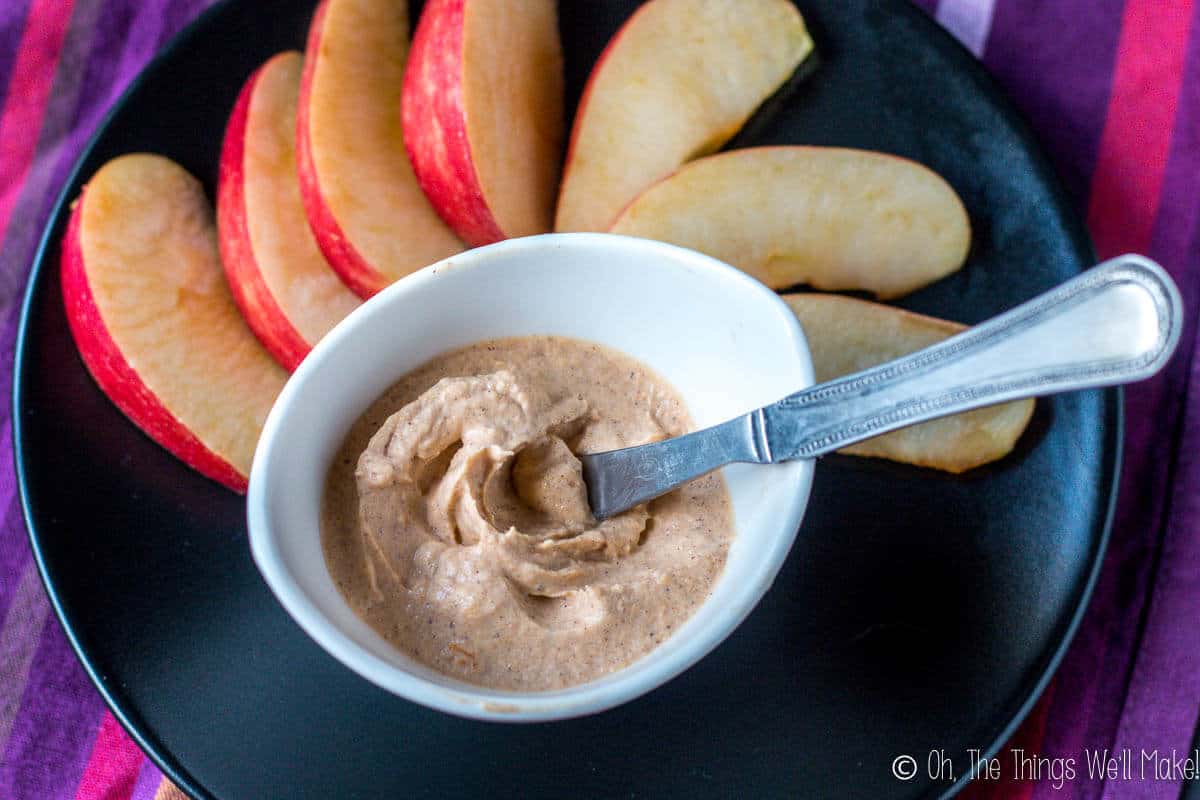 Mascarpone cheese gives this simple, sweet pumpkin pie dip a sweet creaminess that you’ll want to eat right off the spoon, or on apple wedges or cookies.

Every once in a while I’ll be looking at a few things that I have in my fridge and think I wonder what would happen if I were to combine these. Sometimes, I’ll throw things together and it ends up being a disaster. Other times, though, something magical happens as it did with this pumpkin pie dip.

I occasionally buy mascarpone cheese even when I don’t have a purpose in mind for it because, well, it’s so creamy and subtly sweet that I just can’t resist it. The other day I opened my fridge to see a container of mascarpone next to some homemade pumpkin purée, and the idea hit: I bet the combination would be divine, especially with a touch of pumpkin spice. And it was…

By now I’ve made it many times, and I’ve found it very versatile to use, not only as a dip, but it’s also great in other desserts.

Watch how easy it is to make the pumpkin pie dip!

How to use this pumpkin pie dip

How do I serve it?

I don’t eat a lot of desserts. Even this is a bit of a treat for me, so I tend to serve this with raw fruits and veggies because I never really eat cookies. I know it sounds weird to use a sweet dip like this with vegetables, but think how wonderfully celery and peanut butter combine. Right? Well, the same goes here. At least I like it.

The first times I made this, the consistency stayed pretty similar from batch to batch. By using an immersion blender, the dip thinned out somewhat upon mixing it together, but then thickened up again when I placed it back into the fridge.

One day, I decided I was going to make more, and I ended up with a soupy mixture. While it still thickened up somewhat, it remained much thinner than usual.

Why was that batch thinner than usual?

I make this dip using homemade pumpkin puree because not only do they not sell canned pumpkin here in Spain, but I’ve gotten accustomed to the much better flavor of the homemade variety. Plus, I always try to avoid cans whenever possible.

The problem with using a homemade pumpkin puree, though, is that different pumpkins have different amounts of moisture, and depending upon how you cook the pumpkins, you may end up with more or less water in your final puree. I bake my pumpkins, but even then, sometimes more water will evaporate away than other times.

If you are looking to make a thicker dip for making something like pumpkin spice tiramisu, then you’ll want to make sure your pumpkin puree is also quite thick and consistent. If yours isn’t, you’ll want to cook the puree in a saucepan for a few minutes to evaporate some of its moisture before starting. You’ll want to let it cool, though, before mixing up the dip.

Once you have the ingredients prepared, this recipe is as quick and simple as a recipe can be! 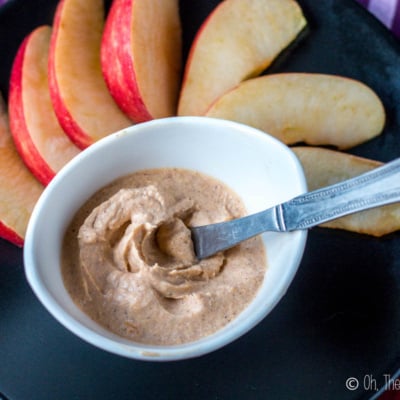 I’ve given you a few ideas for how to use this pumpkin pie dip, but I’d love to hear yours! How will/did you use it?