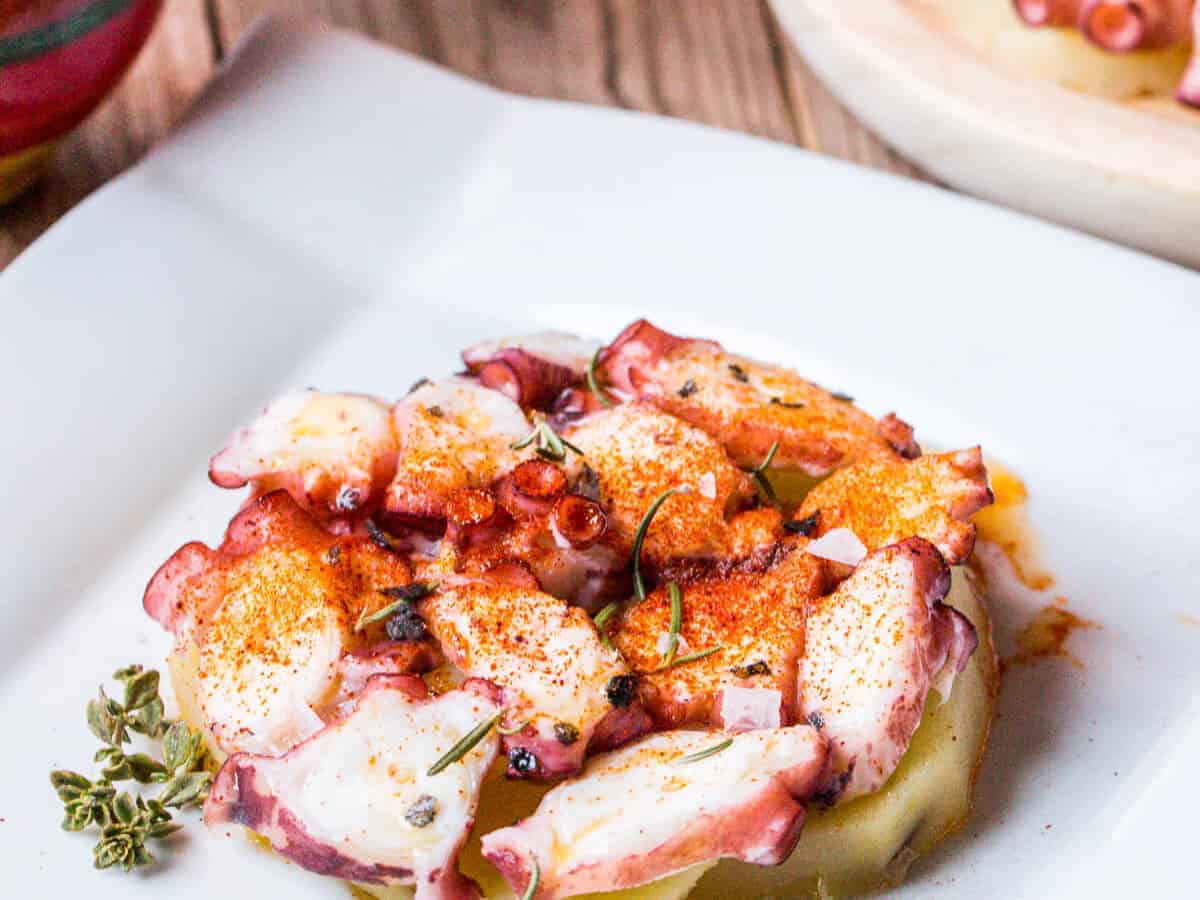 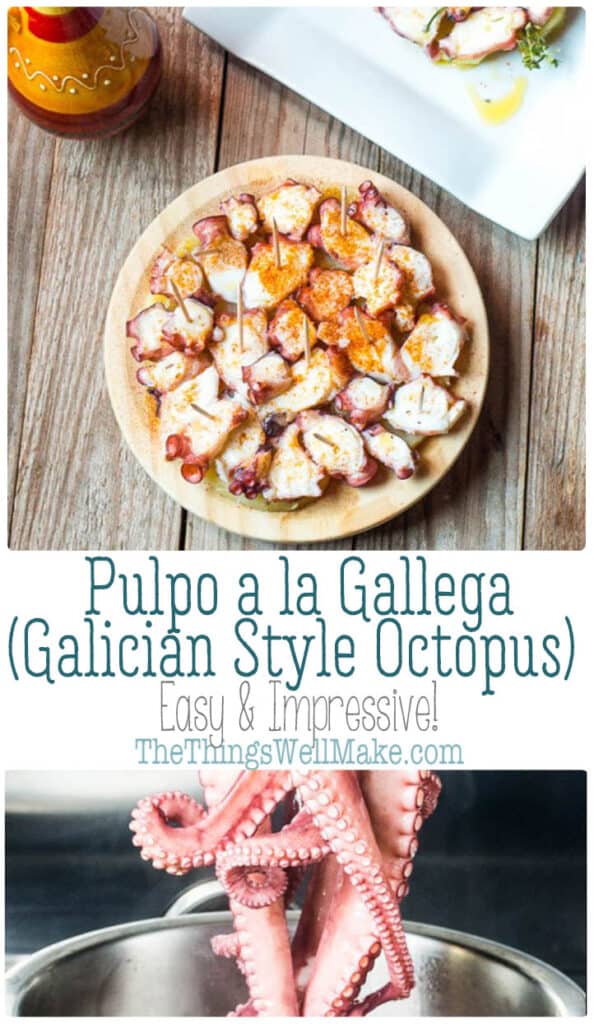 Pulpo a la Gallega, Galician Style Octopus, is one of my favorite seafood dishes. Simple, yet flavorful, it’s an easy dish to prepare, yet sure to impress.

One of my favorite local restaurants is a Galician restaurant, perfect for those nights when you are craving a nice big steak. They have an open wood oven in full view where they cook meats from the region and they toast up some tasty thick slices of bread that have been rubbed with cut garlic and olive oil.

Despite the excellent meats that can be found there, though, the region is also famous for some excellent seafood dishes. My husband always wants to order their mussels cooked in a tomato sauce as a starter tapa. My favorite seafood dish of the region, though, is pulpo a la Gallega, or Galician style octopus.

Having a husband who is a fisherman, I have access to the freshest seafood. He normally doesn’t go fishing nearby land, where the octopus are found, but rather goes out a bit further in the hunt of the famous red Denia shrimp. (I’ll write more about them some other day soon). Occasionally, though, I ask him to get me an octopus, or two, so that I can make what is one of my favorite dishes.

Pulpo a la Gallega is actually very simple to make, and doesn’t use a lot of ingredients.

Octopus is a very tough meat. You don’t want to end up with a tough and rubbery final dish, though. So, there are a few methods of avoiding that.

Traditionally, you “beat” the octopus. This is done by repeatedly bashing it against a big rock. Seriously!

I personally haven’t tried that method myself.

If you don’t need to use the octopus immediately, the most common method is to freeze the octopus for a couple of days. That automatically tenderizes it.

I got my octopus fresh, though, and I wanted to use it soon. So, I decided to experiment with using a slow cooker. 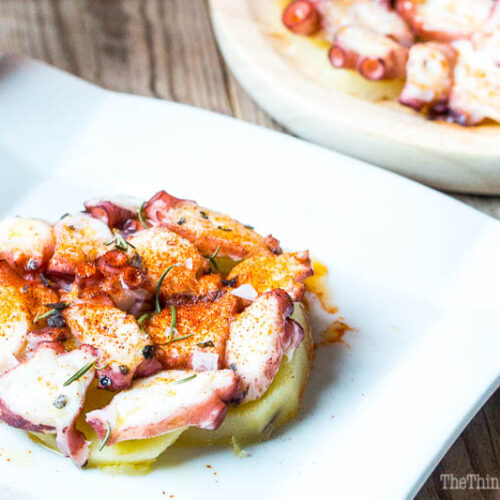 Pulpo a la Gallega, Galician Style Octopus, is one of my favorite healthy seafood dishes. Simple, yet flavorful, it's an easy dish to prepare, yet sure to impress.
4.67 from 12 votes
Print Rate
Author: Tracy Ariza, DDS